Trikora Monument as an Icon of Morotai Island 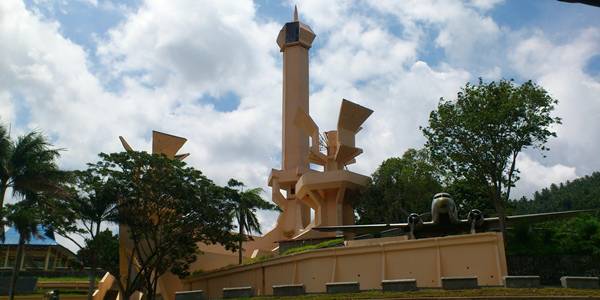 A small island like Morotai is a unique vacation destination. It is a perfect gateway for everyone. Not only it has a beautiful landscape, but it also offers numerous historical sites. There’s an icon of Morotai Island. The name is Trikora Monument. This historic monument is located in Juanga village. The government constructed it as the symbol of Trikora operation. It also represents the first arrival of Indonesian army in the west part of the nation. At that time, Soekarno created such special force to get rid of Dutch in West Papua.

The Function of the Monument
Morotai Island became one of the bases of Trikora. Thus, they were able to deal with Dutch army in West Papua. Due to continuous efforts, Indonesia won the battle. The monument was built to commemorate such conflict. Today, it becomes an icon and the pride of the island. It consists of several statues of soldier. One of them carries the Indonesia’s national flag. It symbolizes the freedom of the country. There are no more invasions from other nations. Trikora Monument is a good place for a vacation. Both foreign and local tourists are interested to witness this historical structure. Tourists are able to take pictures in front of Trikora Monument.

Apart from the monument, Juanga village also offers other famous sites. For instance, there is Trikora Museum nearby. It displays some historical items and documents. It took several years to build both Trikora monument and museum. Both of them become the symbol of triumphs and difficulties in achieving a freedom. For those who love history, Trikora monument is a perfect place to visit. Moreover, Juanga village offers a solemn atmosphere. There are many places to explore.

There’s no entrance fee to the monument. Why is that? It is located in an open place. Everyone can visit and witness it freely. Though, it takes some money to enter the museum. Tourists can ask some question to local people. There are also some tour guides. They can be hired cheaply. Tourists only need to learn how to bargain. Also, it’s better to read the brochure regarding the history of the Trikora monument. No worries. The guide will tell about such story.

It Lies in a Strategic Locatiom
Morotai is a beautiful island. It offers beautiful sceneries and historical sites. No wonder, tourists often come to this small island. Trikora monument has been one of the best tourist spots in Morotai. It attracts visitors over time. Apart from the historical value, the monument has a strategic location. It is situated near to the coast. Thus, tourists can enjoy beautiful scenery of the beach. It is a worthy place to visit. The government has built Trikora museum and some tourist facilities nearby.

How to Get There
The size of the monument is quite big. It’s located in a coastal area in Juanga village. From the main city, tourists need to go south. Juangan village is the part of South Morotai region, after all. The trip doesn’t take too much time. There are many local cars to rent, as well. For beginners, hiring a tour guide is a good idea.