A Vacation in Morotai Island - The World War II Museum 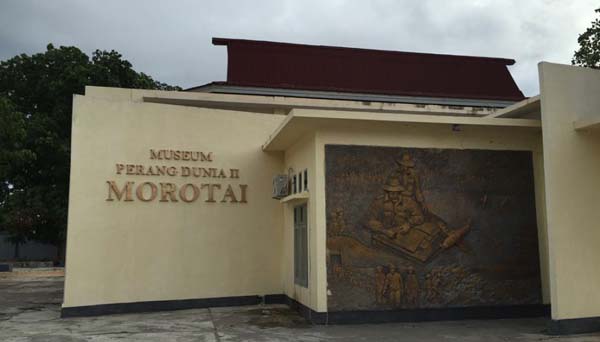 A small island like Morotai can be a perfect vacation gateway. It lies in North Maluku, Indonesia. The island was the part of WWII. There are many war ruins around the island. One of the best attractions is the World War II museum in Juanga. It was built by both local government and Mc Arthur organization. The museum displays numerous types of war ruins and documents. It is a perfect place for those who love history. It represents the fights between allies and Japan.

What is in the Museum?
As the name suggests, the museum displays some reminisces of the Second World War. Visitors can learn the history of WWII. However, these are only the replicas of items and war equipment during such war. It also displays some models of the United States’ war crafts during the fight against Japan. There are also the real war ruins like battleships, tanks, and much more. On top of that, there is a storyline about how and why Morotai Island became a base of an ally.

Visitors are able to learn the history of general Douglas Mac Arthur. He built a base in Morotai Island to deal with an axis during the WWII. This person was quite influential. There is even his statue in Zum Zum Island. Overall, the museum is an ideal place for a family vacation. Parents can teach their kids regarding the history of WWII in Morotai Island. Apart from local visitors, the museum also becomes a perfect vacation spot for foreigners. In fact, some US citizens often come here.

Some Tips to Visit the Museum
General rules apply in this WWII museum. Tourists aren’t allowed to carry foods and drinks. Also, it is recommended to keep the noise low. Just because there are not many people around, doesn’t mean visitors can be noisy. It is wise to silence the phone’s sound, too. Once tourists enter the museum, they can read information regarding the location of items. They can also learn the map of this museum. Not to mention the staff is quite reliable.

The size of the museum isn’t too big. It is easy to get around. Kids aren’t allowed to run around, though. Some items are fragile. It is wise not to touch any of those items. In some occasions, tourists are allowed to take some pictures inside the museum. They need to get permission from the staff first. The facilities include toilets and chairs. Overall, the WWII museum in Juanga is suitable for both local and foreign visitors. The thing is local government does the best thing to retain the museum. Thanks to them.

How to Get There
The museum is located near to Daruba city. To be exact, it lies in Juanga village. It is about 2 km from Daruba. If tourists come from Daruba, they need to conduct a trip for 10 minutes. The best transportation is a car. They can rent it with an affordable price. For beginners, it is recommended to hire a local driver. He helps tourists to get around the island easily. The trip won’t be boring. Morotai is surrounded by beautiful landscape.